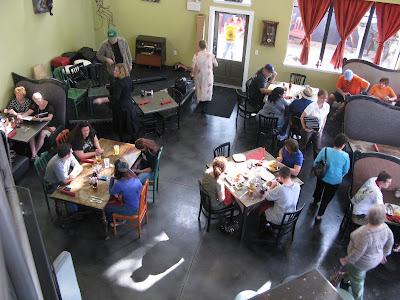 Yesterday, I met a group of writer friends at Ella's Americana Folk Art Cafe on North Nebraska Avenue in Tampa. 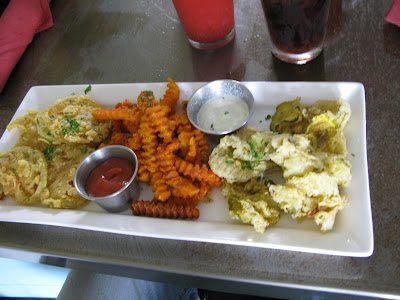 Since it was Soul Food Sunday, we ordered from a menu featuring fried green tomatoes, fried sweet potatoes and fried pickle chips -- all three made for excellent pre-brunch nibbles, which we passed around the table. Those warm, crispy and lightly battered pickle chips were a home run on their own. 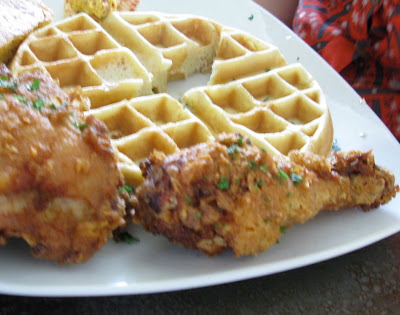 But there was also Kansas City style barbecue, veggie burgers and fried chicken with Belgian waffles and funky monkey waffles, a waffle topped with Nutella, banana and toasted peanuts. 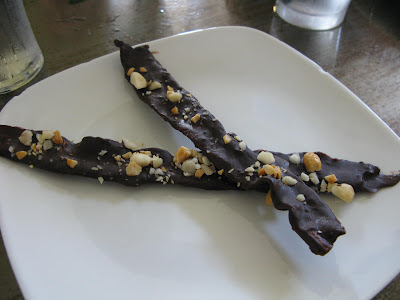 Like chocolate? Like bacon?
Me too, on both counts. So I just had to try the chocolate covered bacon at $3. Personally, it wasn't a favorite, and I passed my plate to others at my table who appreciated it more.
There was a whole lot more than pig dipped in chocolate at this restaurant, though.
Don't forget to take a look at the cheeky mix of folk art. Ella's has a funky feel that includes an entire wall of memorabilia and doodads commemorating the King - Elvis, that is.
Long live the King and Ella's and the Sunday brunch bunch.
Ella's Americana Folk Art Cafe
5119 N. Nebraska Ave.
Tampa, FL
(813) 234-1000
posted by Table Scraps at 3:24 AM 2 comments 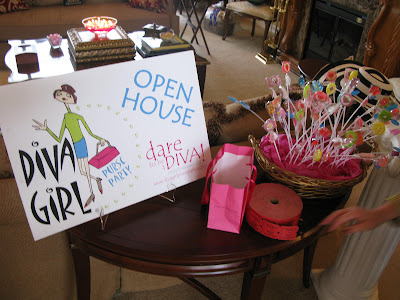 A towel in Robyn Payant's kitchen says it all: "Born to shop, forced to cook." So it was no surprise when I got an SOS call from her last week. She was hosting a Diva Purse Party — a good excuse to gather friends and have a party, she told me — and her caterer had to bow out less than a week before the soiree'.
Typically, I prefer a few more days notice to plan and prep, but this was something new, and I was up for this challenge. And I wanted to help Robyn. She was expecting 40 plus, but I think more like 60 showed up! 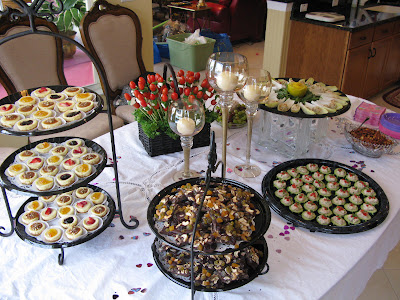 Since the menu had to be produced on short notice, there was really little time for too many new recipes, so I dug deep into the Table Scraps archives for a few of my favorite appetizer recipes. 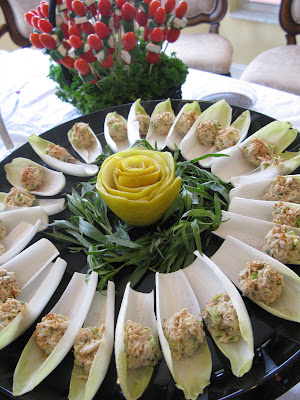 These were a hit: lemony crab salad on endive. The filling of mild, sweet crab, celery and tarragon beautifully complemented the crunchy endive leaves. 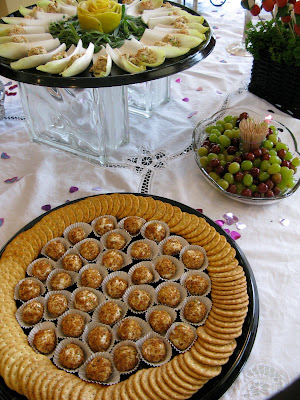 These also vanished quickly. The bite-sized balls of gorgonzola, white wine and cream cheese were coated with paprika and finely chopped pecans, and served in mini-paper cups with an assortment of crackers.
On the right, are pickled grapes with rosemary and chiles, a recipe my sister, Janet, recently sent me. I know, when I first heard of them, I thought they sounded bizarre, too. The red and green grapes looked like olives, once pickled. Janet heard about them on "The Splendid Table." They were quite addicting, not to mention one heck of a conversation piece for Robyn's nibbling gal pals. 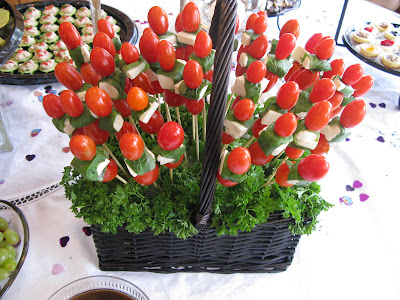 Isn't this colorful! Organic grape tomatoes were skewered with fresh mozzarella cheese wrapped in a fresh basil leave. The skewers were then stuck in a basket of fresh parsley. Under the parsley is a block of floral foam and a layer of rocks to steady the arrangement. Close by was a bowl of fresh, balsamic vinaigrette for dipping. 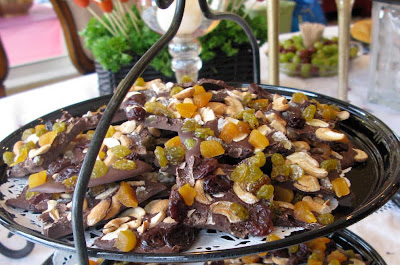 This stuff flew off the plate. Chunky pieces of bittersweet and semisweet chocolate, embedded with roasted cashews, crystallized ginger, dried cherries, dried apricots and golden raisins made a masterpiece dessert in this French Chocolate Bark.
The party was a social and culinary blast!
posted by Table Scraps at 2:47 PM 2 comments 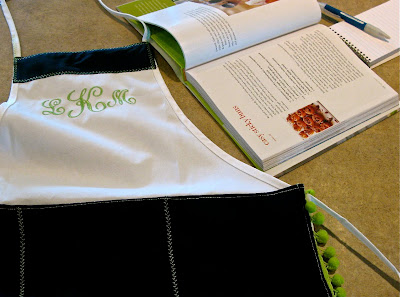 With 2009 finally a closed chapter, I want to wish everyone a Happy New Year. Despite plenty of good memories for me to look back on, I'm looking forward to what 2010 has in store. Cheers to good cooking and fabulous new recipes to you all!
posted by Table Scraps at 9:17 AM 1 comments 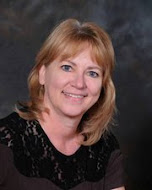 I'm the author of Table Scraps, a weekly food column published by The Tampa Tribune in the South Shore News & Tribune and tbo.com.
"Never eat more than you can lift." Miss Piggy
E-mail me at lkessel@mac.com